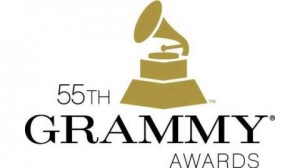 The biggest acts in music will be at the Staples Center this Sunday, February 10th, for the 55th annual Grammy Awards. On music’s biggest night, L.L Cool J will take the hosting duties for the second time at the awards. The top artists, songs, and records will all be honored, not to mention we will get to see some of the biggest performances of the year on stage.

With the Grammy Awards being such a big event in the entertainment industry, oddsmakers and online sportsbooks have gotten in on the action as well. Big award shows like this usually generate plenty of buzz on the betting lines, with the 2013 Grammy Awards no exception. Betting odds for several of the top awards of the night have been formed by Bovada Sportsbook. One of the best online sportsbooks around when it comes to forming odds for shows and events like this, Bovada has the odds for the 2013 Grammy’s this year and will have them available right up until the show goes live.

Of all of the awards handed out on the night, perhaps the biggest is for the Album Of The Year. It’s an award given to the singer or group that put together the best album. It’s not just a one-hit wonder with a song, it’s a culmination of great work across the board, and an award that is certainly highly coveted.

This year, Bovada has set the album ‘Babel’ by Mumford and Sons as the leading favorite to win the Album Of The Year. This is the second studio album that the group is produced, which was released on September 24, 2012 in the United Kingdom, and in the rest of the world the following day. ‘Babel’ sold more than 600,000 copies in the first week of its release alone. The lead single on the album is ‘I Will Wait’. ‘Babel’ is paying out -225 on the moneyline to win Album Of the Year at the 2013 Grammys. That means that for every $2.25 wagered on the album to win the award, a $1 profit is incurred.

‘Babel’ is a solid favorite, well ahead of the next-closest album on the betting line, which is ‘El Camino’ by The Black Keys. A wager on ‘El Camino’ is paying out at +275, which is a $2.75 profit for every $1 wagered. So you can see the disparity in the payout, and the fact that ‘Babel’ is set as the assertive payout.

As we move further down the list of betting lines for Album Of The Year, the odds get greater and greater. ‘Channel Orange’ by Frank Ocean is paying out +500, or 5 to 1. Then rounding out the odds are ‘Some Nights’ by Fun, and ‘Blunderbuss’ by Jack White, going off at +1200 and +1500 respectively.

Album Of The Year is not the only category featured in the Grammy betting lines this year. In fact, there are three others in which you can lay down a bet. Place a wager on the Song Of the Year, Best New Artist, and the Record Of The Year.

You can check out all of the odds and artists in the categories on our page about betting on the Grammys, which we have provided for you.

The 2013 Grammys will begin at 8pm ET on Sunday, with the betting odds for all four of these categories remaining up until approximately five minutes prior to the start of the show.