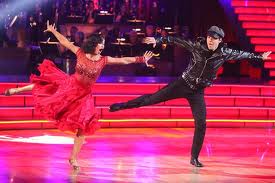 The 14th season of Dancing With the Stars has been as exciting and interesting as any season in recent memory. With three weeks in the books, it’s safe to say that the fat has officially been somewhat trimmed now that we have had our first elimination of the process. While Martina Navratilova and Tony Dovolani put up an undeniably valiant effort, their consistently low scores (particularly in week two when they hit rock bottom) meant that they simply couldn’t be kept around.

As it stands, William Levy and Cheryl Burke are 2/1 favorites to win it all this year. Meanwhile, Donald Driver and Peta Murgatroyd, and Katherine Jenkins and Mark Ballasare are both listed as 4/1 odds to win DWTS Season 14. To date Katherine and Mark have earned 52 points, William and Cheryl have earned 49 points, and Donald and Peta have only earned 45 points. However, given the history of success that ex-athletes have had on this show, it’s not especially surprising that Driver is being given such strong odds.

One of the biggest surprises thus far, has been how well Roshon Fegan and Chelsie Hightower have done. To date, they’ve racked up the second most points on the show – 49 total, second to only Katherine and Mark. They are listed at 8/1 to win it all, as are Maria Menounos and Derek Hough who have 46 points so far.

The toughest road ahead may ultimately lay for Melissa Gilbert and Maksim Chmerkovskiy who only have 20 points thus far – good for last place. Despite their somewhat underwhelming performance, though, they’re listed at 20/1 to win the whole thing.

Dancing With The Stars Season 14 airs on Mondays and Tuesdays on ABC. 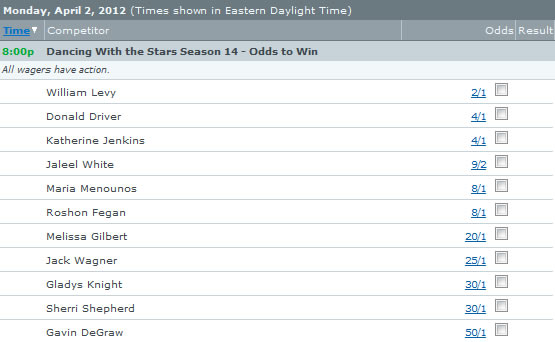